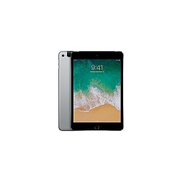 Google, Amazon and Apple are currently fighting for the spot for the best mini tablet on the market. With everyone stepping up their game and adding new features and impressive designs to draw in new customers. Compared to the rivals, the new iPad Mini 3 starts at a little higher price than the comparable competition such as the Kindle Fire HDX, Nexus 7, and the G Pad. But when looking at the big picture, you will quickly notice that there are substantially better features and an overall higher quality constructions than the competitors. With the iPad Mini 3 Nigeria release coming upon us quickly, it’s useful to know what to expect before you purchase.

When looking at the new Apple iPad Mini 3 simultaneously with the older version, there will be instant envy from the owner of the original iPad Mini. The physical difference is significant and in a very good way. With the screen turned off, the differences may not seem major but as soon as you press that power button the difference can be seen with the new Retina display. It has a relative screen area of 135% and an aspect ratio of 4:3 with a 7.9” 2048x1536 pixel display. The body is built from aluminum which makes it feel just as premium as the price is since it’s built from only high quality materials. One design flaw that may or may not affect some people’s buying design is the fact that there is no TouchID. This leaves you to tap in a passcode on the screen which is more difficult to do when trying to use the tablet with only one hand.

The camera interface on the new iPad Mini 3 is quite interesting as you have the option to take a photo, a video or a square photo for portrait shots. The camera does include HDR mode which is a huge bonus but you are missing out on the fun filters which aren’t available. The ability to lock auto focus is incredibly handy and in portrait mode, it’s especially easy to take photos, even with one hand. iPhoto is included on this new device which allows easy editing directly on the device even though with the smaller screen, you may be left wishing the editing was being done on a larger platform such as the Air.

No surprise to anyone, the iPad Mini 3 will be launched with iOS 7 but it will be able to be updated to iOS 8 when available. Also as expected, the device is overall incredibly speedy and has high performing CPU, even compared to the Air. Through any tasks you could think of performing on the iPad Mini 3, it functions flawlessly even through downloading content, viewing videos, capturing pictures, and playing games.

Although we weren’t too sure what to expect the overall device to be like, it is clear that it is a shrunken down version of the iPad Air. This could be highly convenient for those looking for a tablet that can be utilized with a single hand at any time. The design is great as well as the quality components used to create it. The iPad Mini 3 Nigeria price may not be something to look forward to but with the incredible retina display and speedy functionality, it may be well worth it to you.

Cheapest price for Apple iPad mini 3 in Nigeria is ₦ 130000 sold at Jumia.
No major price change compared to two weeks ago.