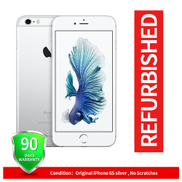 Apple has finally unveiled the iPhone 6S and as usual, most of the leaks and rumors turned out to be true. The latest iPhone offers the same old iPhone 6 like design with a bunch of new features. To learn more about the iPhone 6S Nigeria price and specs, keep reading.

While there are no major changes in design as mentioned earlier, there is a new color to look for, rose gold. Other than that, you get the same screen size and ppi which is a 4.7-inch screen showing 1334 x 750 pixels resolution and 326ppi of pixel density. According to Apple, the aluminum is also aerospace-grade this time and the glass is also sturdier which means there is less chance of facing “Bendgate” problem. A new feature that you get with the display is titled as 3D touch which will give users access to secondary actions and menus depending on their touch. If you are more into Android phones, there is the Samsung Galaxy S6 and LG G4 you can check out.

One of the major and long awaited changes in the iPhone 6S is its camera. Users get a 12-megapixel rear camera which is capable of recording 4K videos at 30fps and a 5-megapixel front camera. The upgraded A9 processor under the hood is 90 percent faster than iPhone 6’s A8 processor according to Apple. Other notable features are: improved LTE and Wi-Fi connections, iOS 9 and 1,810mAh battery. There is also the iPhone 6 Plus you can check out if you were waiting for the price to go down or don’t want to wait for the iPhone 6S release date Nigeria.

The starting price of iPhone 6S will be around 216500 ₦ for 16GB model. The iPhone 6S release date Nigeria is expected in the last week of September or October, 2015.

Things we loved about the iPhone 6S:

Price of the iPhone 6S in Nigeria, Nigeria

This is an Apple product we are talking about so it’s definitely not going to be pocket friendly. The device has not been officially announced yet so we are depending on their pricing history to make a guess. The iPhone 6S Nigeria price is expected to be similar to the current price of the iPhone 6 which means around 236200 ₦ starting from the 16GB version.

The Apple iPhone 6 has been released for quite a while now, so it’s time to take a look at the upcoming iPhone 6S. Although the smartphone is a complete mystery and has not been officially revealed yet, we are going to depend on the leaks and rumors for now. Keep reading to know more about the iPhone 6S Nigeria price, release date, specs and more.

Just like the iPhone 6, the iPhone 6S is expected to show up with the same screen size. There won’t be any major change in the external design of the iPhone as well. If

you are not into the phablet smartphones, you can think about waiting for the iPhone 6S release date Nigeria.

According to some latest leaks and rumors, Apple is planning to include the faster A9 processor in the upcoming iPhone 6S which will be accompanied by 2GB of RAM. If you are looking for a spec heavy smartphone, there is the Samsung Galaxy S6 or HTC One M9 that you can check out.

After sticking to the 8-megapixel shooter for a long time, Apple has finally decided to jump to a 12-megapixel rear camera. It is also expected to include an additional microphone on the front to offer better voice quality. Other notable features to look forward to are: better display, Force Touch and improved Touch ID.

Apple has been releasing their new iPhones in September for the last few years. So, we are hoping to see the iPhone 6S release date Nigeria in September, 2015.

Some of the notable features that we are hoping to see in the iPhone 6S:

Things that we want to see improved: 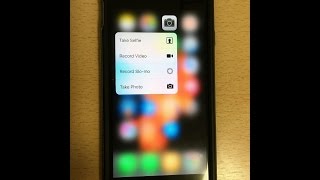 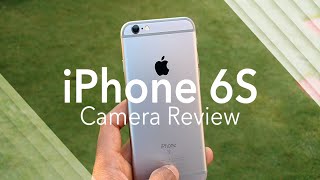 Cheapest price for Apple iPhone 6S in Nigeria is ₦ 49990 sold at Jumia.
No major price change compared to two weeks ago.
**Amazon pricing is not included in price tracking/graph