by Huawei
(1)
Price to be announced
Add to Favorites

The Huawei Ascend D8, an upcoming high end phablet from Huawei has appeared online for quite a while now. It’s not officially announced yet, but what we have learned from the specs so far makes the phablet an ultimate flagship this year from Huawei. Keep reading to learn more about the upcoming Huawei Ascend D8 Nigeria price, release date and more. As most of these information are leaked or based on rumors, don’t forget to take them with a grain of salt.

Like most of the upcoming smartphones from Huawei, the Huawei Ascend D8 will feature a big 5.5-inch screen which makes this one a phablet. The big tablet like screen will be

showing QHD resolution which is 2560 x 1440 pixels. As most of the smartphones with this screen size show 720p or 1080p resolution, this resolution makes the screen quite crisp and clear. The design is still a mystery but we are hoping to see metal chassis in the design. It’s also expected to be quite thin like most of the latest smartphones from Huawei. If you are interested to buy a high-end smartphone with big screen, you can think about waiting for the Huawei Ascend D8 Nigeria price.

To make sure you get to play all the latest games and apps smoothly, the upcoming Huawei phablet includes a Kirin 950 processor inside which is 64-bit enabled. As some third party software and Android are moving towards 64-bit, it’s a great idea to go for a smartphone with 64-bit enabled processor now. We don’t know whether the phablet will be running Android KitKat or Lollipop yet. However, as the latest Android operating system Lollipop is already here, we will be expecting to see Android Lollipop out of the box. If you are eager to buy a smartphone with 64-bit enabled processor, you can think about waiting for the Huawei Ascend D8 release date Nigeria.

There will be 4GB of RAM accompanying the 64-bit enabled processor to help users to multi-tasking smoothly. Memory heavy software won’t do much problem when you have a big RAM to take care of things for you. The smartphone will be coming with 64GB built-in storage which means you get to install a large number of apps

without worrying about space. The camera specs are still not available yet, but we are expecting to see a 13-megapixel (if not a 16-megapixel one) camera in the rear part and an 8-megapixel camera on the front. For those people who are waiting for a spec heavy smartphone can think about waiting for the Huawei Ascend D8 release date Nigeria.

Things we loved about the upcoming phablet:

Things we didn’t love about the Huawei Ascend D8: 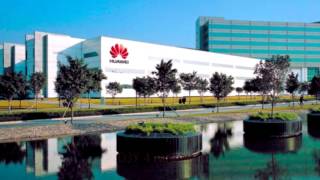 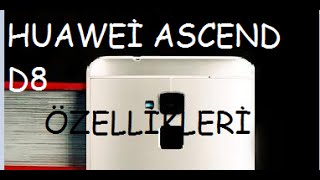