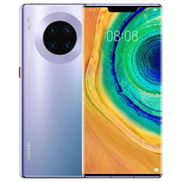 Huawei has officially unveiled the Huawei Mate 30 Pro under the tagline “Rethink Possibilities” and from what we have seen so far, it’s not just a cheesy, promotional motto. The company actually pushed all the boundaries this time when it comes to smartphone cameras and managed to came up with something really new and exciting. However, it also doesn’t include some of the key Google services even though it’s running Android 10. Keep reading to learn more about the Pro version and the Huawei Mate 30 Pro Nigeria price.

There are some cool features of the Huawei Mate 30 Pro to look forward to but the design of the phone is not one of those. It’s a giant phone with a 6.53-inch screen showing 2400 x 1176 pixels resolution, 409ppi of pixel density and 94.1% screen-to-body ratio. While the screen-to-body ratio is impressive, there is a

notch that looks slightly unimpressive and the bottom chin doesn’t help either. However, the 88 degree ultra-curve form display that can also work as invisible volume button and camera button thanks to the new side touch interaction feature is impressive. The quad camera setup on the back has been placed inside a ring which is an exquisite “Halo Ring” design according to Huawei and is influenced from professional digital cameras. For those of you who are not interested to wait for the Huawei Mate 30 Pro release date Nigeria and want to buy a phone with better design, there is the Samsung Galaxy Note 10 Plus and OnePlus 7 Pro you can check out.

It’s the camera of the Huawei Mate 30 Pro that makes the phone worth buying and the list of features is really long. The quad camera setup includes a primary 40-megapixel “Cine Camera”, an 8-megapixel Telephoto lens, a 40-megapixel SuperSensing camera and a depth-sensing lens. A video camera sample footage from the company showed how it can capture the movement of a hummingbird flapping its wings thanks to its capability of capturing 7680fps at 720p which is miles ahead of the new Apple iPhone 11 Pro and Samsung Galaxy Note 10. The camera also comes with improved stabilization, amazing low light video camera performance that can be easily compared with professional camera equipment. One footage showed at the launch event revealed how the phone can capture timelapse of the night sky while some of the latest phone fails to capture almost anything. As for the selfie camera, it's a 32-megapixel one paired with a 3D TOF camera. The company mostly focused on the camera department and it will be interesting to see how the camera works in real life after the Huawei Mate 30 Pro release date Nigeria.

Another noteworthy feature of the Huawei Mate 30 Pro other than its camera is its battery life. The new Mate series phone is packing a big 4500mAh Li-Po battery and it can be charged super-fast as well thanks to the phone’s 40W fast battery charging support. Moreover, the phone also supports 27W wireless charging which means users can enjoy both options to charge their phone without losing the benefits of fast charging. The Huawei P30 Pro managed to make a name for itself by offering great battery life and the Huawei Mate 30 Pro is definitely on the right track to offer even better battery life. It’s also the first phone to pack the latest HiSilicon Kirin 990 7nm chip which is also designed to extend battery life and offer smooth and fast

performance. However, one thing that should make everyone worried is its operating system. While the new phone is running Android 10 with a customized EMUI 10, it doesn’t include Google Playstore and side loading some of the key features is not really an option either according to Huawei. Users will be able to install APKs of apps that are not directly linked to Google services but apps like YouTube or Google Maps cannot be installed. We will have to wait for further announcement or the Huawei Mate 30 Pro release date Nigeria to understand how this is going to work.

The Huawei Mate 30 Pro will be available for around ₦ 382400 when it’s here. There is a 5G version as well with slightly different features. The absence of some of the key Google services is definitely going to work as a deal breaker for some people and the Huawei Mate 30 Pro Nigeria price won’t help it’s case either.

Things we loved about the Huawei Mate 30 Pro: 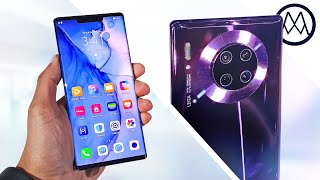 Huawei Mate 30 Pro is SO good it hurts. 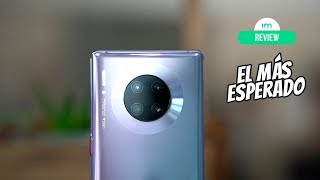 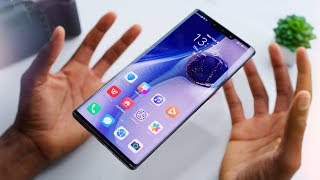 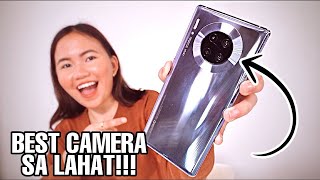 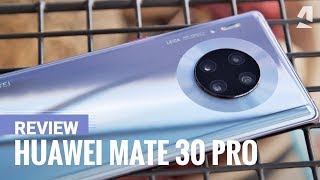 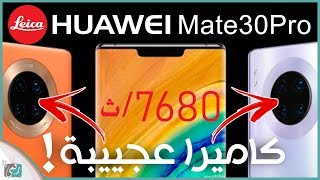 Cheapest price for Huawei Mate 30 Pro in Nigeria is ₦ 416900 sold at Jumia.
No major price change compared to two weeks ago.