Price of the Nokia 9 in Nigeria, Nigeria

Nokia 9, the upcoming flagship from Nokia has been making rounds online for quite a while now with various leaks and rumors. Nothing has been officially announced yet but we have learned a lot about this flagship phone that will be launched by HMD Global, the company that has currently the rights to Nokia-branded smartphones. The specs inside are looking really interesting but let’s take a look at the Nokia 9 Nigeria price first. It will be really expensive and is expected to start from around 275600 ₦. Keep reading to find out more about the phone including the Nokia 9 release date Nigeria.

While most of the phones are going bezel-less and showing up with virtually full screen displays, the Nokia 9 will appear with a normal 5.3-inch screen showing QHD resolution. While the design won’t be anything special, there are rumors that it will be IP68 certified which means users will get dust and water resistance. The display will be protected by Corning Gorilla Glass 5 which is a nice thing to have for those who plan to use it without screen protectors. There is the cheaper Nokia 6 and Nokia 5 that you can try without waiting for the Nokia 9 release date 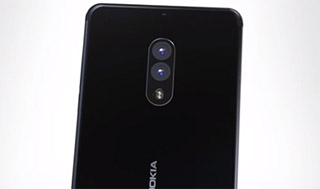 UAE which are also two latest phones from Nokia.

Following the latest dual rear camera trend, the upcoming Nokia 9 is rumored to show up with dual 13-megapixel rear camera with Zeiss technology. It will be interesting to see if Nokia manage to compete with the likes of iPhone 7 Plus and Samsung Galaxy S8 after the release. Considering the Nokia 9 Nigeria price, it should be able to compete. The front camera will be also a good 12-megapixel one. It won’t be including a front LED flash which might be slightly disappointing to selfie lovers. For storing the captured contents, there will be two built-in storage options: 64GB and 128GB.

It will be a flagship smartphone which is quite visible from the specs which we have learned about from different leaks and rumors. It will be packing the latest Qualcomm Snapdragon 835 octa-core processor paired with either 4GB or 6GB of RAM. One of the most notable features of this phone is expected to be its battery which is rumored to be a 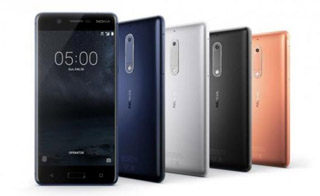 3800mAh one with Quick Charge 3.0. While there is no new feature to look forward to that makes the phone stand out among other phones, it’s definitely packing the right specs and is taking a step in the right direction. Other notable features include Bluetooth 5.0, NFC, GPS, Dolby Atmos sound enhancement and fingerprint sensor. There is the Asus Zenfone Max 2016 if it’s only a phone with good battery you are after.

As mentioned earlier, nothing has been announced officially including the release date. From what we have learned from the rumors, it should be sometimes in August, 2017. Now that you know the Nokia 9 Nigeria price, all you have to do is wait for its release.

Things we loved about the Nokia 9: