While there are almost no changes in design, the screen sizer is bigger this time, a 5.5-inch screen showing the same 2560 x 1440 pixels resolution. The camera bump on the back is subtle this time as well and its IP68 certified now for dust and water resistance. The earlier version, Samsung Galaxy S5 packed the same feature which was dropped later. Now you get this feature back in the latest version. It can handle spills, splashes and sometimes dunks as well. Although the battery is still not removable, it’s huge, a 3600mAh one with Quick Charge 3.0 technology. Battery life was a huge problem in both the Samsung Galaxy S6 and S6 Edge which is now not the case. Moreover, you get to fill up your battery to up to 60% in just 30 minutes because of the Quick Charge 2.0 technology. The wireless charging feature works faster now as well but this is region dependent which means it won’t be available everywhere. If you are not ready for the Samsung Galaxy S7 Edge release date Nigeria, there is the iPhone 6S Plus and Samsung Galaxy Note 5. People who are in the market for the best looking smartphone, this one definitely takes the cake with its edge display and super thin, attractive design.

Megapixel-wise, the rear camera is smaller than its predecessor, the Samsung Galaxy S6 Edge and Samsung Galaxy S6. However, it has been improved to offer even better image quality. The phone is capable of offering better images in low light thanks to its new advanced sensor. Moreover, there is a dual-pixel technology included in the phone which ensures fast autofocus. The camera in the previous S series phones were fast enough which means you get crazy fast autofocus this time. Users can capture 4k videos at 30 fps, 1080p videos at 60fps and also record dual-video if required. Another notable feature of this phone is its ability to recording video and capturing images at the same time. Users can capture 4k video and take 9-megapixel images simultaneously. The cameras in the S6 and S6 Edge were already topping the list of best camera smartphones which means this one is definitely worth trying if only for its camera.

Most of the latest smartphones are packing the latest Qualcomm Snapdragon 820 processor and it’s the same with the latest Samsung flagship device. This powerful processor has been paired with 4GB of RAM which means you won’t face any problem when trying to multitask or playing heavy games. There are two different storage options to look for if you are satisfied with the Samsung Galaxy S7 Edge Nigeria price, 32GB and 64GB. Just like the Samsung Galaxy S6, there is no 16GB versions to look for. If you are interested to check out some more flagship devices from other popular manufacturers, there is the LG G5 and Sony Xperia Z5 Premium. As iPhone won’t be releasing their flagship device anytime soon, this latest phone from Samsung is definitely worth checking out at the moment.

Return of the microSD Card Slot

Last time, Samsung dropped the microSD card slot and things got difficult for people who are used to having a microSD card slot in their phones. Nowadays, most of the apps are memory hungry and one can easily fill the storage by capturing 4K videos and images. However, this should not be a problem anymore as the latest Samsung flagship device includes a microSD card slot. This one supports expanding storage to up to 200GB. In the dual-SIM version, the second slot is used as the microSD card slot, but the single-SIM mode users will get a dedicated slot for inserting microSD card. Another noteworthy feature of this phone is the Samsung Pay feature. It’s a mobile payment technology which can be used wherever you use your card by swiping or tapping. For people who are worried about their card’s security and want a better payment option will love this feature. Right out of the box, users will get the latest Android Marshmallow operating system which means they don’t have to wait for any major update anytime soon. The latest operating system from Android will ensure your battery is draining less than usual by managing apps that you don’t use regularly. There is another noteworthy feature of the latest operating system called Now on Tap which will guess your next movement and work accordingly. However, like previous Samsung phones, this one includes some extra apps as well which might affect the performance of your phone.

If you are familiar with the pricing detail, you already know what to expect. Samsung phones are quite expensive and this is one of the major deal breaker when it comes to Samsung flagship devices. The Samsung Galaxy S7 Edge will cost around 255900 to 295300 ₦. The Samsung Galaxy S7 Edge release date Nigeria is expected sometimes after March 11. While the pricing of the phone is definitely not too pocket friendly, this phone is worth trying for a lot of different reasons: one of the best smartphone cameras, bigger battery, top-notch performance and unique features like edge display.

Things we loved about the Samsung Galaxy S7 Edge:

Price of the Samsung Galaxy S7 Edge in Nigeria, Nigeria

There are no surprises here in the display part. The Samsung Galaxy S7 Edge is expected to show up with the same 5.1-inch display showing

the same resolution. However, we are hoping to see two different versions of the Galaxy S7 Edge in two different sizes. The Galaxy S series recently went through a complete makeover so we are not hoping to see any major changes in design, but the microSD card slot is expected to come back. If you want to look at some of the smartphones that costs similar to the Samsung Galaxy S7 Edge Nigeria price, there is the Sony Xperia Z5 Premium and iPhone 6S Plus.

One of the major expected change in the Samsung Galaxy S7 Edge is the rear and front camera. The rear camera is expected to feature lower megapixels compared to its predecessor, a 12-megapixel one. However, the camera comes with BRITECELL sensor which will ensure that you get better quality images compared to the Samsung Galaxy S6 Edge or Samsung Galaxy S6. Other than these features, it’s expected to pack: 5-megapixel camera, Qualcomm Snapdragon 820 processor, Android 6.0 Marshmallow OS, 4GB of RAM and 3600mAh battery.

Samsung usually announce their smartphones in February or March and it’s expected to be the same this year.

Things we are looking forward to see: 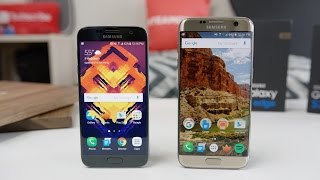 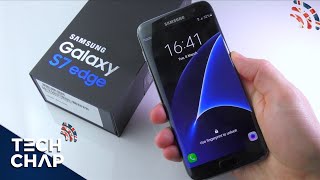 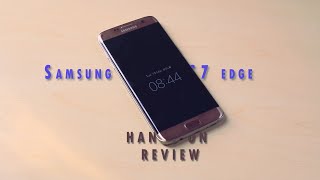 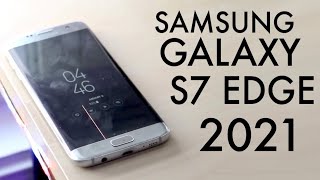 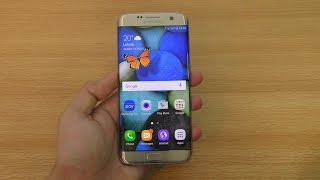 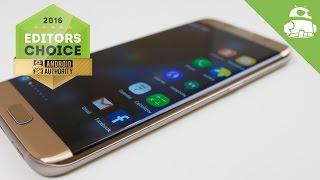 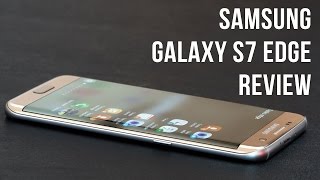 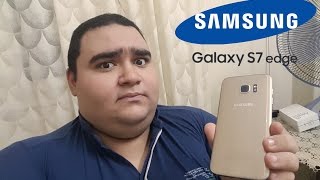 Cheapest price for Samsung Galaxy S7 Edge in Nigeria is ₦ 95900 sold at Jumia.
No major price change compared to two weeks ago.