Like most of the smartphones these days, the Samsung Galaxy Tab S4 got rid of some bezels and now comes with a bigger 10.5-inch display. This display covers 78.6% of the body and shows 2560 x 1600 pixels resolution. It’s not as thin as it’s predecessor and is 7.1mm thin and is slightly bigger than its predecessor. Right out of the box, users will get Android 8.1 Oreo operating system out of the box. The display is not just bigger than its predecessor but also

Some of the high-end phones from last year included the Qualcomm Snapdragon 835 octa-core processor and this is what you get in the latest Galaxy Tab S4. Users will be able to do some multitasking smoothly and this tablet also comes with Samsung DeX feature which allows you to enjoy a PC like experience just by connecting your tablet using an HDMI adapter. However, none of these accessories are included with the tablet itself and you will have to purchase a keyboard, HDMI adapter and monitor separately to get the most out of this tablet. This processor will be paired with a 4GB of RAM or 6GB of RAM or if you are lucky as the 6GB version will be only available in Korea. There is a microSD card slot and two storage options to choose from: 64/256GB. If you are interested to check out some more tablets with higher specs, there is the Microsoft Surface Pro 4 or Apple iPad Pro 10.5 2017 you can check out.

One of the major changes in this tablet compared to its predecessor is definitely it’s battery which is a 7300mAh one with fast charging support. Although

tablets are not really known for its camera, the Galaxy Tab S4 does come with a good 13-megapixel camera on the back with 4K video recording feature. As for the selfie camera, it’s an 8-megapixel one that can record 1080p videos at 30fps. This phone is not only good for multitasking but also works as a good entertainment device as well thanks to it’s big vivid display and quad speakers tuned by AKG. Other notable features include: Bluetooth 5.0, Wi-Fi, GPS, USB 3.1 port, Type-C 1.0 reversible connector, Iris scanner and Android 8.1 Oreo out of the box. There is also the S Pen included with the tablet that can help users to be more productive or just sign PDF documents when required.

Things we loved about the Samsung Galaxy Tab S4: 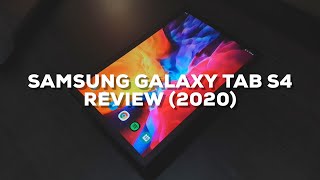 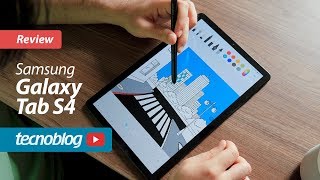